In addition to great imaging for women’s health, the Voluson E6 features excellent 4D obstetric imaging and an HD option (lifelike 4D obstetric imaging). GE continues to lead the pack in 4D ultrasound imaging, and this advanced machine is among the best on the market.

The Voluson E6 has a newer architecture and is an excellent women’s health ultrasound machine providing great 2D/3D/4D imaging, as well as excellent diagnostic, ergonomic, and efficient workflow tools.

As part of the Expert series, it also has an advanced user interface, including electronic height adjustment and floating control panel. Depending on the revision of systems, you’ll find a wide variety of options. The most commonly requested feature is HDlive for exceptional 4D imaging. For women’s health, there are quite a few advanced productivity options, including:

The Voluson E6 is a step below the Voluson E8 and Voluson E10 ultrasound machines. It’s a more affordable system, yet has most of the premium technologies found on other E-series Voluson ultrasounds.

The Voluson E6 is very popular because it has advanced features and similar performance to the Voluson E8 and Voluson E10 4D ultrasounds, but it can be purchased for a lower price. Most often, people will find themselves between the Voluson E6, Voluson E8, and Voluson S8 when seeking a more affordable premium Women’s Health ultrasound machine.

Depending on the version, we find that the Voluson E6 at some revisions has better image quality and efficiency than older versions of the GE Voluson E8. 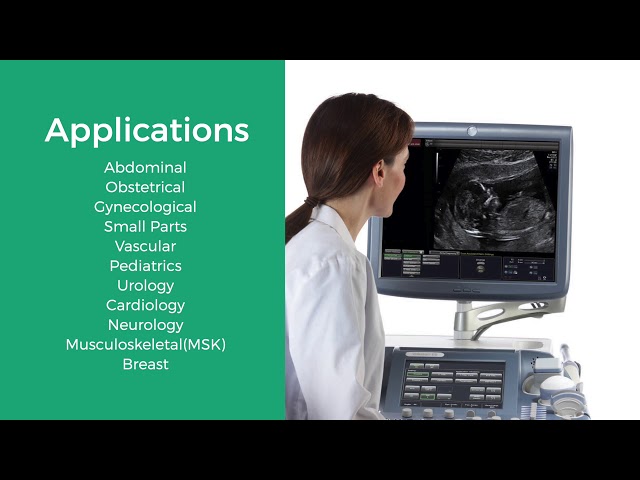 In general, the E6 is a slightly stepped-down version of the E8. They both have outstanding image quality, however, the E6 has fewer specialty transducers available, fewer high-end technologies, and half the beamforming channels as the E8.

SonoAVC automatically calculates the number and the volume of hypoechoic structures in a volume sweep.

Yes, the used Voluson E6 for sale has DVD-D out, VGA OUT, and multiple S-Video outputs for connection to external recording devices.

CrossXBeam on the GE Voluson E6 is also known as compound imaging. It allows the ultrasound transducer to see from multiple lines of site at different angles, as opposed to the standard line-of-site that’s perpendicular to the transducer lens.

You can find the GE Voluson E6 brochure below. Probo Medical has a large inventory of owner’s manuals and brochures, contact us today for more information.