When it was released in 2017, the laptop-style Chison SonoBook 9 ultrasound system’s most notable breakthroughs were in advanced cardiac and vascular imaging, however, the SonoBook 9 also operates well for a shared service portable ultrasound. The SonoBook 9 has been successful in many markets, specifically mobile, MSK, orthopedics, OB/GYN, and emergency medicine.

The Chison SonoBook 9 ultrasound’s cardiac capabilities are among the best in this price range. Yet, this also excels at more than cardiac imaging. The vascular imaging performed by the SonoBook 9 is diagnostically advanced, and it has also been adopted by professional sports teams for use in their training facilities as an orthopedic/MSK ultrasound.

With an internal Solid State hard drive (SSD), the SonoBook portable ultrasound machine is among the fastest machines we tested. Saving loops, changing modes, adjusting image quality, exporting, etc, are all nearly instantaneous. Most notable: there is almost no lag when saving cine clips, which is a key issue with most portable ultrasound machines.

The SonoBook 9 price is less expensive than its closest competitors, which include the Mindray M9, Philips CX50, and GE Vivid iq. When compared to other affordable ultrasound machines, the SonoBook’s cardiac imaging was quite a bit better than the Chison EBit 60, Mindray M7, GE Logiq e, GE Vivid e, GE Vivid i, and SonoScape S8 Expert.

The SonoBook 9 was Chison’s entrance into the mid- to high-end portable ultrasound machine category. Chison’s goal was to create a machine priced lower than refurbished high-end portable models from Philips and GE. However, they surprised us by creating an affordable ultrasound machine whose performance is comparable with new and refurbished systems of those same lines. The addition of 4D Obstetric with VirtualHD make the SonoBook 9 the most versatile of these products.

Chison hit a sweet-spot of image quality, speed, and price with the SonoBook 9. It is an excellent choice for mobile companies and clinics with tight budgets because they will not sacrifice quality for price. 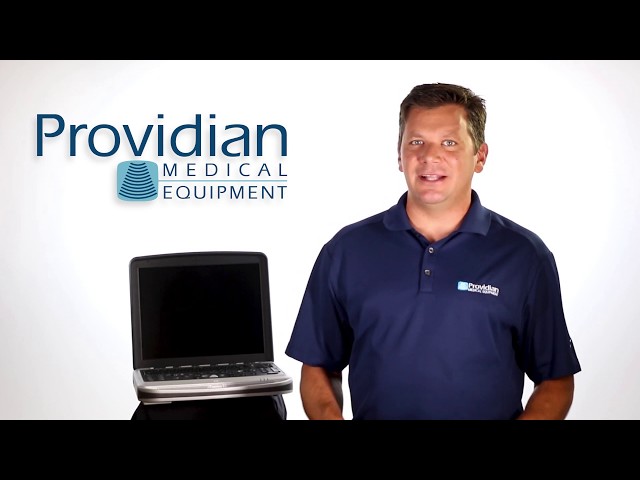 The new SonoBook is Chison’s first laptop-style ultrasound machine and has a single probe port.

Reliability is one of the key reasons we carry the Chison Brand. Because Probo Medical handles the service issues, it’s very important for us to have a brand that we can stand behind.

The SonoBook competes most closely with the Mindray M9, which also has excellent cardiovascular image quality. However, the price of the SonoBook is significantly lower than the top offerings from GE, Philips, and Mindray.

Yes, the SonoBook can export to USB, external hard drive, or network in PC and DICOM formats.

Yes, the SonoBook has DICOM SR for these modalities as well as other popular modalities.

You can find the Chison SonoBook9 brochure below. Probo Medical has a large inventory of owner’s manuals and brochures, contact us today for more information.

This first video in the SonoBook 9 training is a must-see. It provides the base knowledge of getting around the system and how to access various parts of the machine. This is an important video to watch, as subsequent training videos build on the knowledge taught here. 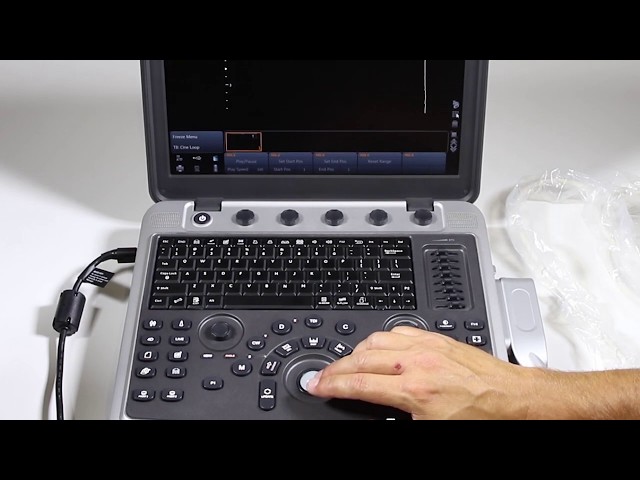 This second installment of the Chison SonoBook 9 training series gets you started on creating a patient, starting an exam, using the machine for 2D imaging and how to optimize your image and save a custom preset.

Because this covers 2D imaging, many of the buttons and controls on the system are discussed, and this is also knowledge that you’ll need for the subsequent training videos on the Chison SonoBook 9. 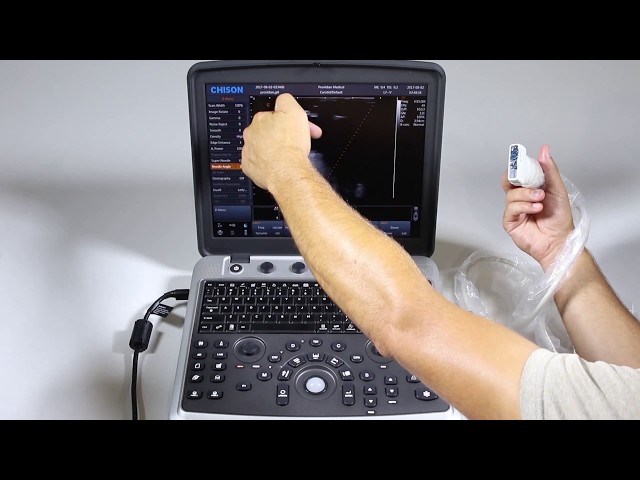 The SonoBook 9 has multiple Doppler modes, including Color, Pulsed Wave, Continuous Wave, Color Power, and Tissue Doppler. These modes, in addition to M-Mode and Anatomical M-Mode are discussed in this section of Chison SonoBook 9 Ultrasound training. A brief section on using the Stress Echo functionality is also discussed. 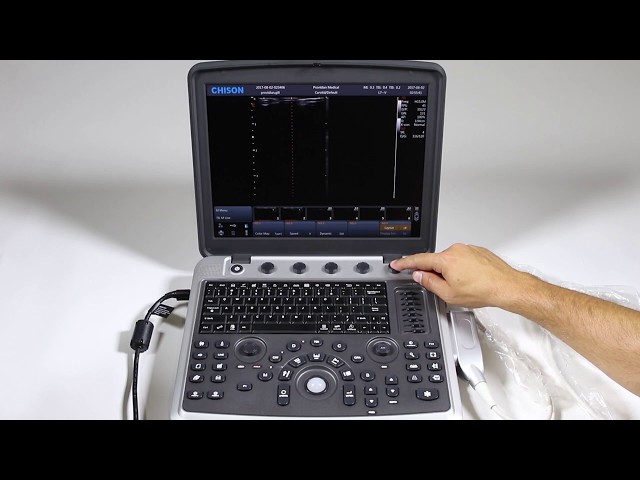 The SonoBook 9 has many different ways of taking measurements on your images, and also has some automatic functions to help make your workflow more efficient. Learn how to take advantage of the different measurements and calculations, as well as how to use the annotations packages on the Chison SonoBook 9. 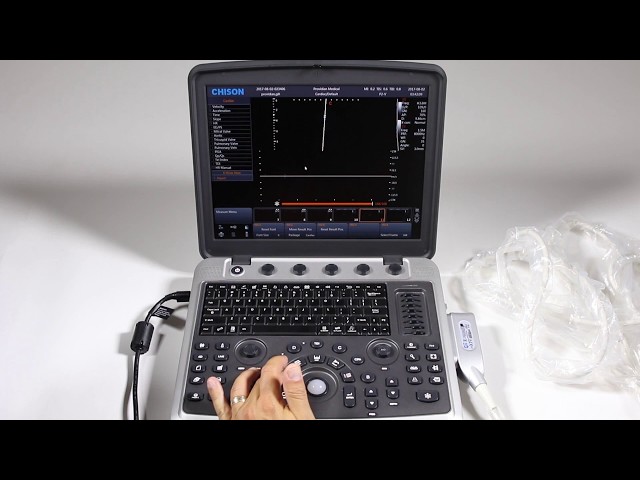 The Chison SonoBook 9 is one of the more straightforward and easier systems to allow you to review reports, view images, and export to USB or DICOM. The speed of the system translates to quick export and DICOM transfer over ethernet. This part of the SonoBook 9 ultrasound training series will show you how to use all these tools. 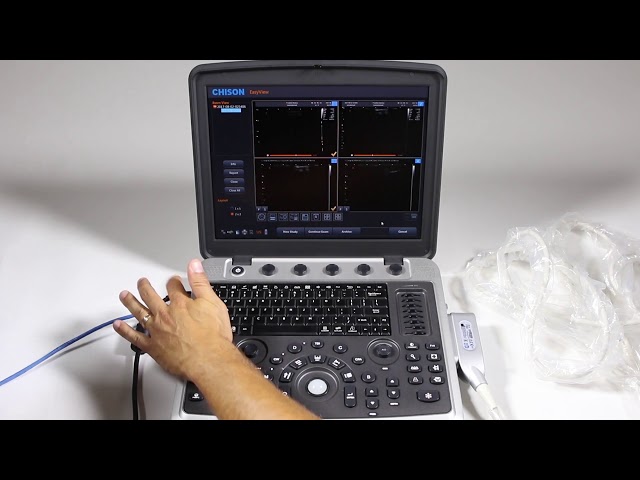 DICOM setup and customizing is the focus of this final portion of our Chison SonoBook 9 Ultrasound Training series. Setting up DICOM on this system is relatively easy if you’re prepared with the appropriate information from you IT department and DICOM/PACS provider. 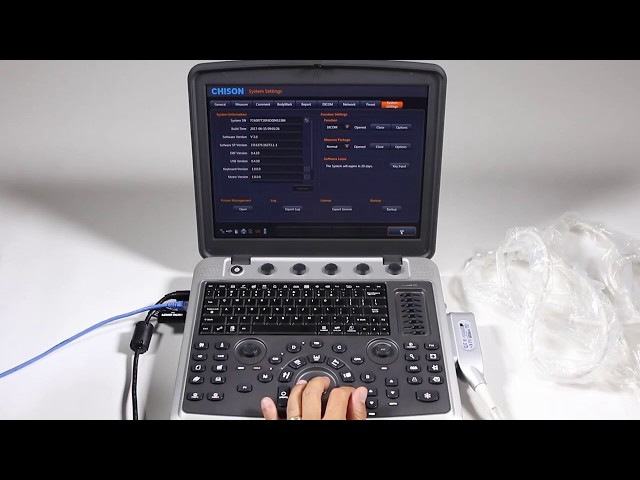