The refurbished GE Voluson P8 is one of the most affordable late-model from GE’s lightweight 4D ultrasound line. As part of the P-series of ultrasound machines, the P8 was designed as a budget/entry-level equipped with premium 4D image made famous by the GE Voluson ultrasound series.

The used GE Voluson P8 is a great choice for women’s health applications looking for great 4D images with a limited budget.

The Voluson P8 comes with many of the advanced technologies of the S-series and E-series Voluson ultrasound machines, but excludes some of the higher-end features that are not as frequently used in more budget-challenged environments.

The imaging concept and design of the GE Voluson P8 are primarily focused and optimized for OB/GYN applications. These are delivered through GE’s advanced imaging technologies, including Coded Harmonic Imaging with Pulse Inversion technology, Speckle Reduction Imaging, and CrossXBeam. Even though the GE Volsuon P8 system is at a lower price point, it supports in-depth imaging features, such as 3D/4D, HDlive, and HD-Zoom.

The GE Voluson P8 is an entry-point to the Voluson ultrasound family, allowing physicians to enjoy all the technological benefits of GE’s innovations. GE’s Voluson series of ultrasound systems has always been one of our favorite ultrasounds. The P8 is a nice alternative to replace the affordable Voluson 730 series. The P8 has a small footprint, it’s lightweight, generates less heat, and is a great machine for a smaller budget and office.

CrossXBeam is also known as compound imaging. It allows the ultrasound transducer to see from as many as 9 lines of site at multiple angles, as opposed to the standard line-of-site that’s perpendicular to the transducer lens.

VOCAL stands for Volume Calculation. You can create calculations based on volumetric 3D images.

Spatio-Temporal Image Correlation is for clinical assessment of the fetal heart. It acquires the fetal heart from a 4D image sequence and analyzes the image to create a 4D cine sequence in a real-time multi-planar display.

Yes. Our specialists know the secrets to setting this up and can customize/tailor the setup to your unique needs. 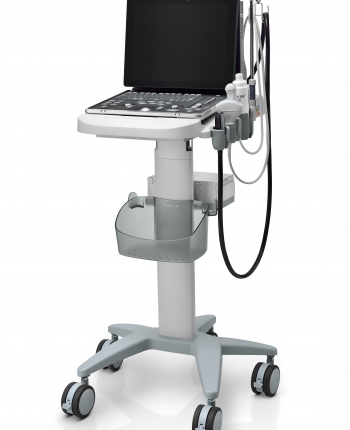 Mindray Z60 Vet New
Mindray DP-30 Vet New
Have questions or would like to speak to a Probo Medical Professional?
Get In Touch